Profile in caring: Heather Solus is helping you help others 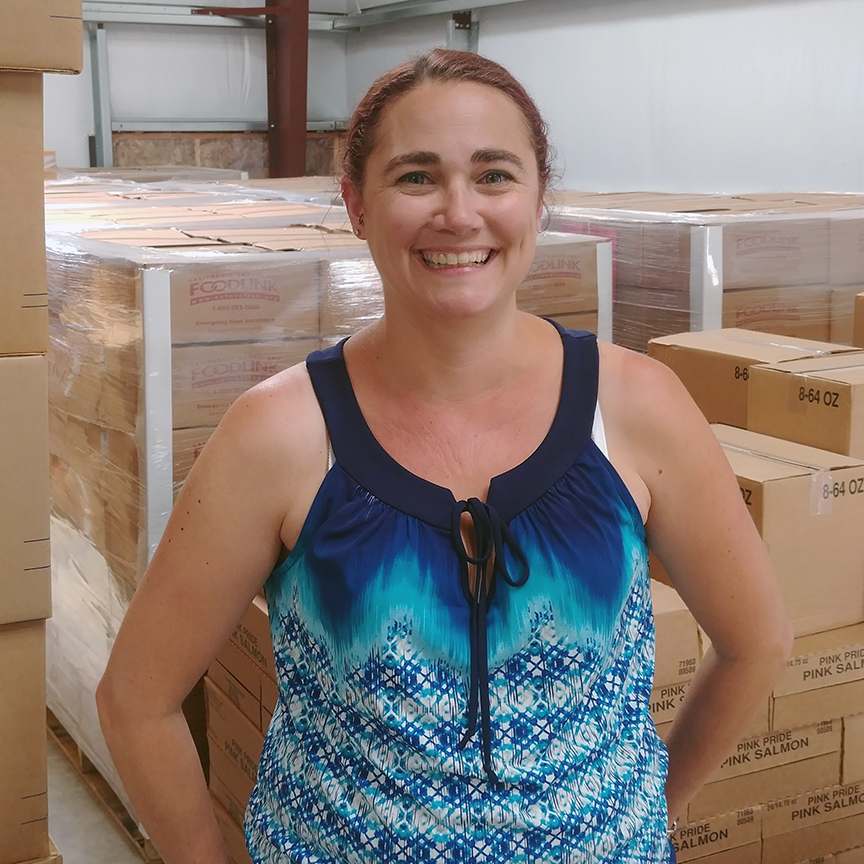 When Heather Solus joined the GNS Community Services team in 2015, she quickly developed what she described as a “new perspective” on the role of non-profit organizations in Siskiyou County.
“As I learned the details of our programs, I saw how directly we are able to help people with what they need, which is critical in a county like ours that doesn’t have a lot of resources,” she said.
Now, two years later, Heather is the GNS Community Services Director. Under her leadership, established programs are thriving and growing, and her new ideas are bearing fruit.
Heather credits a broad network of partner, staff, and volunteer support for her success in expanding the number of community residents benefiting from GNS services, such as…
Meanwhile, Heather launched an entirely new project to feed hungry kids.
When she was a grade school teacher, she saw first-hand that kids were going hungry throughout the school day, “and you can’t teach a hungry child,” she said.
Heather thought it would be the right thing to do to have food available to kids who need it during the school day – so she created the GNS Mini Food Pantries program. Teachers in two south county schools were able to feed more than 4,300 food items to hungry children during school days last year, and schools county-wide are eager to begin participating over the next couple of years.
“I’m grateful and happy about how things are turning out,” Heather said with a smile.
You too can make a positive impact with Heather and help feed hungry community members of all ages. Call GNS Development Director Marie Wells at 530-938-4115, extension 121, to find out how.